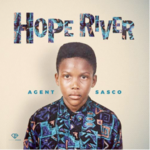 I remember vividly the scene from the movie Rocky, when Sylvester Stallone was running through the streets of Philadelphia, the song “Gonna Fly Now” played in the background. That moment was powerful.

There are just certain songs that will forever be a part of the soundtrack of our lives.

Album is available on iTunes, Spotify, Tidal and all digital outlets.

The album is called “Hope River” and it is indeed a river of hope. It starts at the top of the positive energy grid and stays there for 14 tracks. I was familiar with the song “Winning Right Now” produced by Upsetta Records, which is simply a beacon of hope to anyone who needs a nudge in the direction of upliftment. Never did I anticipate an album filled with 14 “Winning Right Nows”.

9 of the 14 tracks have features which is never a good sign for an album, but on “Hope River” every feature takes the A to an A+ and as stellar as the features are, Agent Sasco still manages to be the captain of the ship. In a time when despair seems to be taking over and negativity has the loudest voice, “Hope River” is as necessary an album as there has ever been. “My Song” is one of the most powerful songs I’ve heard in a while and the final track “All Aboard” accompanied by an all star cast of Chevaughn, Bay C, Tony Rebel, Queen Ifrica, Wayne Marshall, Tosh Alexander, Tessanne Chin, Romain Virgo and for dramatic effect Majah Hype, makes you yearn for more.

Every music lover needs to take a plunge in the “Hope River”, it is guaranteed that when you resurface you’ll be a believer. This is definitely on my list of best Reggae Albums for 2018. 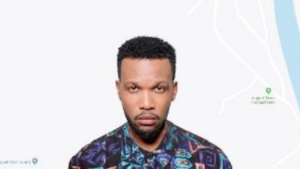